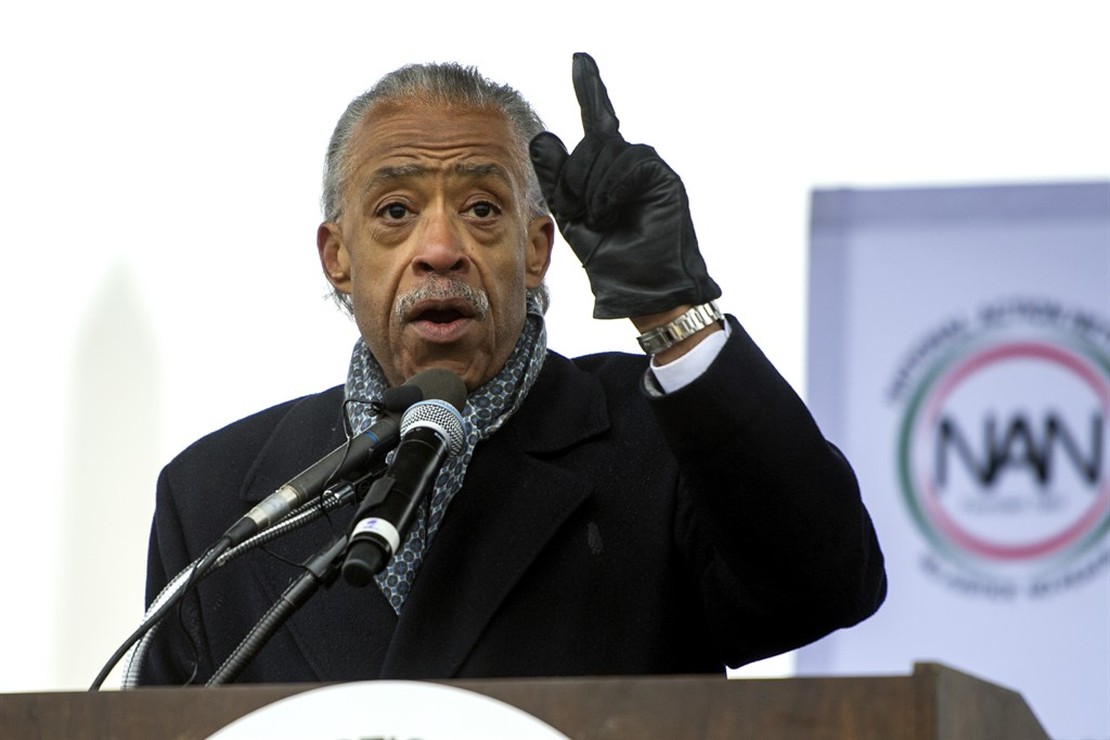 While the reasons cited by Sharpton as proof of the Democrat Party’s failure to connect with voters of color are incorrect, they serve as further evidence that Democrat politicians aren’t connecting with voters across the political and demographic spectrums. This creates a silver-platter opportunity for Republicans in the November midterms and the 2024 presidential election; if the GOP doesn’t screw up the latter, that is.

Sharpton suggested during a Monday appearance on MSNBC’s “Morning Joe” that Donald Trump and abortion are the only reasons Democrats remain “in the game,” as reported by Fox News.

Cohost Joe Scarborough AKA Mr. Mika, in reference to his total submission to his left-wing wife and cohost, Mika Brzezinski, kicked off the festivities, as only the Republican-turned-leftist can:

Sharpton surprisingly responded with a rare shred of honesty:

The Democratic Party and President Biden does [sic] have some things they could be using that they’ve done that has benefited clearly Black and Latinos, but it’s not connecting. So you’re seeing this as the polls indicate, Latinos and Black men go the other way because they’re not getting their message to the ground in the way they should.

How revealing that Sharpton inadvertently spoke the truth about Democrats using [exploiting] issues to connect with black and Latino voters.

And I think that that is the challenge they have in these last four or five weeks, clearly, the thing that is making this competitive is the Supreme Court decision on women’s right to choose and the fact that Donald Trump won’t leave the stage. Those are the only things that’s [sic] really helping the Democrats stay in the game. They must connect the message to those that [sic] would be energized. At this point, that has not happened. I think coming out of the caucus, we can, they are trying to make that connection.

Okay, Rev, we get it. The Supreme Court’s Roe v. Wade overturn, which correctly returned abortion issues to the states, including the Democrat-supported “right” to on-demand abortion [murder] until birth, and evil Donald Trump, provide a negative incentive to voters of color to remain politically engaged. But, failed to mention a single positive issue or initiative Democrats can put forth in a serious effort to keep a strong majority of black Americans voting Democrat, no questions asked, for more than 60 years. How about a few of those examples, Al?

Interestingly, as my colleague Jeff Charles reported in August 2021, 71 percent of black voters and the same percentage of Latino voters held favorable views of police officers, despite the Democrat Party and race-hustler Sharpton’s never-ending efforts to portray white law enforcement officers as racist. Who knew? Sharpton’s ilk and the Democrats know every bit of it — yet intentionally continue to promulgate the false white supremacist and racist narrative.

Sharpton was right. Other than lip service, including empty promise after empty promise, the Democrat Party has largely ignored the plight of millions of black urban Americans, including the out-of-control black-on-black murder rate in many of the country’s major Democrat-run cities. The exception is when they crank up the pandering and exploitation machine to a ten — every time campaign season rolls around.

With each passing day, the media narrative of a “Democrat comeback” ahead of the midterm elections drifts further and further away from reality. This … END_OF_DOCUMENT_TOKEN_TO_BE_REPLACED

The mainstream media isn’t too happy with me after I denounced Amazon’s attempts to DEI Tolkien’s works. Piece after piece has come out accusing me of … END_OF_DOCUMENT_TOKEN_TO_BE_REPLACED

Dr. Leah Torres who describes herself on Twitter as an "OB/Gyn providing evidence-based medicine" and a "Sex-positive, gender-affirming repro health … END_OF_DOCUMENT_TOKEN_TO_BE_REPLACED

Some bad news on the legal front on Monday from the Supreme Court. The Supreme Court has declined to hear a case challenging Joe Biden’s vaccine … END_OF_DOCUMENT_TOKEN_TO_BE_REPLACED

"The Handmaid's Tale" is a story of a dystopian future in the United States where women are reduced to property of the state, birth rates plummet, and … END_OF_DOCUMENT_TOKEN_TO_BE_REPLACED

A Christian nurse in the United Kingdom is suing a health clinic in North London, claiming the … END_OF_DOCUMENT_TOKEN_TO_BE_REPLACED

On Monday, Planned Parenthood officials announced plans for a mobile clinic that will travel to the … END_OF_DOCUMENT_TOKEN_TO_BE_REPLACED