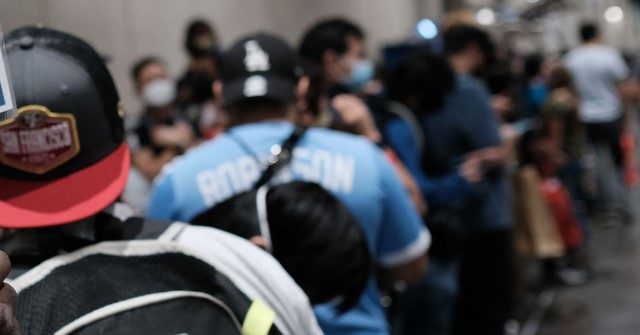 Despite no data readily available to confirm this trend, urologists nationwide are noticing a sudden increase in bookings – with some even saying they are now booked until the end of August.

One Iowa urologist noted a 200 to 250 percent increase in bookings at his clinic, while a Los Angeles urologist saw a 300 to 400 percent rise in bookings, the Washington Post reported.

However, one Kansas City urologist reported a whopping “900 percent” spike in men seeking to undergo the sterilizing procedure. “Typically, it’s about three over a weekend, and over this past weekend, it was 50 people,” Dr. Christian Hettinger with Kansas City Urology Care told Fox 29.

Doctors are attributing this spike in appointments to last week’s Supreme Court decision in Dobbs v. Jackson Women’s Health Organization,  which ruled that abortion is not a constitutional right and threw the issue back to state legislatures.

Doug Stein, a urologist from Florida, told the Post he would normally only get four or five vasectomy requests per day but has seen his requests almost quadruple since June 24, the day the Supreme Court’s decision was made public.

“Many of the guys are saying that they have been thinking about a vasectomy for a while, and the Roe v. Wade decision was just that final factor that tipped them over the edge and made them submit the online registration,” Stein said, per the Post.

Since May’s Supreme Court leak regarding Dobbs, and after the decision, pro-abortion protesters have been insisting that men get vasectomies, in some cases demanding they be mandatory.

In May 2022, Breitbart News captured pro-abortion protesters demanding “mandatory vasectomies” at an event in Virginia where Justice Samuel Alito was speaking.

Following the Supreme Court’s decision, an Oklahoma democrat state representative floated a proposal of mandatory vasectomies for young men “that’s only reversible when they reach the point of financial and emotional stability.”

Some pro-abortion women are saying they will not have sex with a man unless he has undergone the procedure.

“If you’re a man who won’t get a vasectomy, even though it’s reversible, and you’re not out in the streets fighting for my rights, you do not deserve to have sex with me,” a 24-year-old woman, protesting in New York City last weekend, told the New York Post.

Welcome back. Let’s do a roundup of what the situation looks like 128 days into Vladimir Putin’s 72-hour Special Military Operation against … END_OF_DOCUMENT_TOKEN_TO_BE_REPLACED

Does Joe Biden care about struggling Americans who are watching their paychecks disappear at the pump? On CNN, such a question was put to Biden … END_OF_DOCUMENT_TOKEN_TO_BE_REPLACED

With the overturning of Roe v. Wade and the nuking of the non-existent “constitutional right” to … END_OF_DOCUMENT_TOKEN_TO_BE_REPLACED

In our modern era, everything is political. Case in point: the Bank of Scotland’s Halifax bank. … END_OF_DOCUMENT_TOKEN_TO_BE_REPLACED