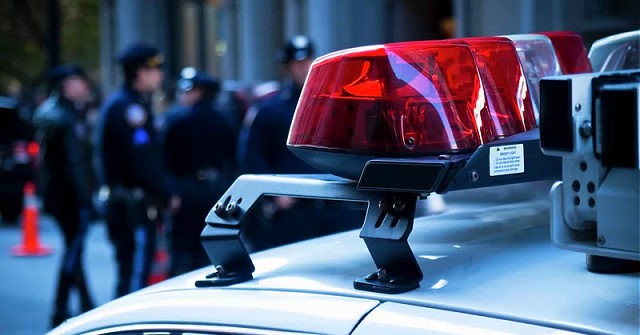 The number of injured victims is being reported as between three and five, according to KION 46.

CBS News reports that the incident occurred around 12:45 p.m. They note that the Bay Area Technology School facilities are shared with Rudsdale Newcomer.

The website for Rudsdale Newcomer says its “students there are recently-arrived immigrants who have fled their home countries because of violence and instability.”

CBS News observed that police think “multiple shooters were possibly involved.” However, police do not think the shooters remained at the school following the incident.

AWR Hawkins is an award-winning Second Amendment columnist for Breitbart News and the writer/curator of Down Range with AWR Hawkins, a weekly newsletter focused on all things Second Amendment, also for Breitbart News. He is the political analyst for Armed American Radio and a Turning Point USA Ambassador. AWR Hawkins holds a PhD in Military History, with a focus on the Vietnam War (brown water navy), U.S. Navy since Inception, the Civil War, and Early Modern Europe. Follow him on Instagram: @awr_hawkins. You can sign up to get Down Range at breitbart.com/downrange. Reach him directly at [email protected].

Five teenage boys were gunned down leaving a high school football scrimmage in Philadelphia, Pennsylvania, and one of them has sadly succumbed to his injuries.

At about 4:30 p.m. Eastern time on Tuesday afternoon, a light green Ford Explorer reportedly waited outside a junior varsity football scrimmage at Roxborough High School in the northwestern corner of the Philadelphia School District. Police say that when players began exiting the field, multiple people got out of the SUV and open fired on them. There are reports of five gunmen, all of whom are believed to be minors, firing anywhere between 60 and 70 rounds total. There may be a sixth individual involved as well.

Police have described it as a targeted “ambush,” though they are uncertain about whom the shooters were targeting.

Four teens were wounded in the attack, all of whom played for Roxborough: A 17-year-old was struck in the arm and leg, a 14-year-old and a 15-year-old were both hit in the leg, and one 14-year-old had a graze wound on his ankle that was treated at the scene. None of their names have been released. All are reportedly in stable condition.

Unfortunately, Nicholas Elizade of Havertown was struck in the chest and was raced to Albert Einstein Medical Center, where he was pronounced dead. Elizade was reportedly a student at nearby Saul High School of Agricultural Sciences, which does not field a football team. So Elizade played for Roxborough instead.

Players from Northeast High School and Boys Latin Charter School also participated in the scrimmage, but luckily, none of them were hurt in the shooting.

Philadelphia School Superintendent Tony B. Watlington Sr. declared himself to be “personally disturbed and quite frankly angry with this senseless act of violence.”

“Certainly unacceptable gun violence like this does not help anything,” Watlington added. “So we’re always asking ourselves, ‘How are the children?’ And frankly, many of our children are not well.”

“We keep having these same conversations day in and day out,” Stanford said. “I don’t know who is missing the conversation, but we just have to keep doing as much as we possibly can.”

“The biggest piece of this — there’s a 14-year-old doing what students do, having football games at the end of the day,” Stanford continued. “It’s one of the things we encourage our kids to do.”

The brother of Nicholas Elizade had more forceful words to describe the wave of violent crime in the city.

Police say they have no suspects or motive for the shooting. Just hours before it began, Philadelphia Mayor Jim Kenney had signed an executive order banning guns from city recreation centers, playgrounds, pools, and similar facilities.

“Try and talk to your kids,” Stanford suggested. “And again, if you know your kids are involved in something — even if you’re not sure — have a conversation about what this means. Death is final.” 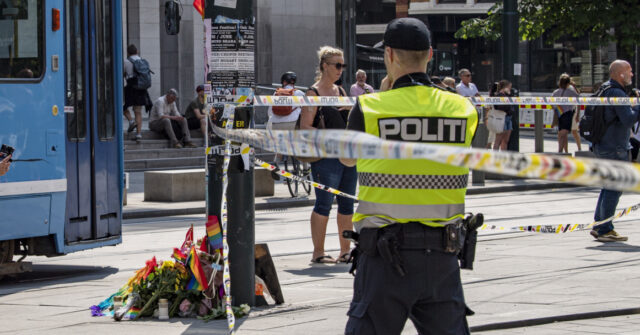 COPENHAGEN, Denmark (AP) – Two more suspects have been arrested in connection with a deadly shooting during the Norwegian capital’s annual LGBTQ Pride festival, police said Monday. The total number of suspects is now at four.

A 42-year-old Norwegian citizen originally from Iran was arrested shortly after the June shootings in Oslo’s nightlife district that killed two people and wounded more than 20. A second Norwegian man in his 40s is being sought, police said Friday.

On Monday, police said two more suspects – a man in his 40s with Somali citizenship and a Norwegian national in his 30s – were arrested Sunday. Both are known to the police, authorities said, adding that they are residents of Oslo.

They faces preliminary charges of “complicity in an act of terrorism,” police said.

The suspect who has not yet been detained, Arfan Bhatti, is believed to be in Pakistan. Norwegian police said that, “to ensure the best possible cooperation with the Pakistani authorities, we had officials from the Oslo police district in Pakistan a short time ago. “

Matapour who according to Norwegian media arrived in Norway with his family from a Kurdish part of Iran in the 1990s, faces preliminary charges of murder and attempted murder.

The names of the suspects arrested Sunday were not given.

An 84-year-old volunteer for a pro-life group was shot following an alleged “heated” exchange while she was canvassing door-to-door regarding an abortion ballot proposal.

A woman was knocking on doors in a neighborhood of Lake Odessa on Sept. 20.

She was attempting to discuss the state’s upcoming vote on Proposal 3 and hand out pro-life pamphlets.

A “yes” vote would write a broad new right to “reproductive freedom” into the Michigan Constitution, invaliding a 1931 abortion ban and potentially other existing regulations.

A “no” vote would leave abortion access up to elected officials in Lansing or judges, who have so far suspended enforcement of the state’s 91-year-old ban under rulings that abortion opponents are appealing to higher courts.

The pro-life advocate was attempting to persuade Michiganders to vote against Proposal 3 on the Nov. 8 general election ballot.

The woman is a volunteer of Right to Life of Michigan – a self-described “nonpartisan, nonsectarian, nonprofit organization of diverse and caring people united to protect the precious gift of human life from fertilization to natural death.”

During one of her stops, the volunteer allegedly got into a “heated conversation” with a resident.

“The 84-year-old victim said that she was shot in the back/shoulder while leaving a residence during a heated conversation, and that the man who shot her was not a part of her conversation,” Right to Life of Michigan said.

“The victim does not know the identity or motive of her shooter,” the pro-life group stated. “The victim is still recovering from her gunshot wound and wishes to remain anonymous while the criminal investigation proceeds.”

Michigan State Police confirmed the shooting, and said the 84-year-old woman drove herself to the Lake Odessa Police Department after she was shot. The unidentified woman was then taken to an area hospital. She has since been treated and released from the hospital.

Law enforcement has not released any information about the shooter.

Michigan State Police are investigating the shooting and will present its findings to the Ionia County Prosecuting Attorney’s Office for possible criminal charges, according to WWMT.

“We’re glad the victim is recovering, and our volunteers will continue knocking doors on Proposal 3,” Right to Life of Michigan official Chris Gast told Fox News.

Republican Michigan gubernatorial candidate Tudor Dixon slammed her Democratic opponent and current governor, “Whitmer continues to flood the airwaves with lies about abortion and now an 84-year-old pro-life volunteer was SHOT while canvassing their neighborhood to explain how extreme Gretchen’s position is. This is madness.”

Professional fishermen are in hot water following accusations of cheating in a recent fishing tournament in Ohio.Competitors at the Lake Erie Walleye … END_OF_DOCUMENT_TOKEN_TO_BE_REPLACED

New York plans to prohibit the sale of all new gas-powered cars and trucks by 2035. New York Gov. Kathy Hochul is following California's lead to … END_OF_DOCUMENT_TOKEN_TO_BE_REPLACED

Week 31 of Putin’s War, that projected 3-day romp through Ukraine is not starting off well. Just one … END_OF_DOCUMENT_TOKEN_TO_BE_REPLACED

Florida is beginning its recovery after being slammed by Hurricane Ian, and Gov. Ron DeSantis has a … END_OF_DOCUMENT_TOKEN_TO_BE_REPLACED

A New York man claimed that he was paid $21,000 for trading in 3D-printed guns at a government … END_OF_DOCUMENT_TOKEN_TO_BE_REPLACED