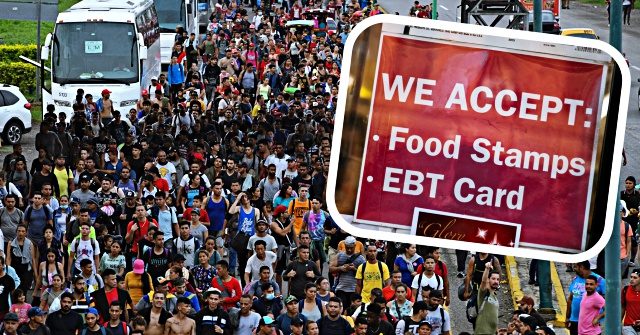 The sanctuary state of California will make history by becoming the first state in the nation to give food stamps to illegal aliens.

This week, Gov. Gavin Newsom (D) announced a budget deal with Democrat state legislators that includes providing food stamps, paid for by California’s taxpayers, to illegal aliens 55 and older — the first initiative of its kind in the United States.

An executive with the group Nourish California told the Fresno Bee that the policy is historic for the state, saying, “California is once again making history by removing xenophobic exclusions to our state’s safety net.”

Expansion of the state’s CalFresh food stamps program will cost California’s taxpayers more than $35 million and about 75,000 illegal aliens are expected to enroll every year.

The move comes as Newsom’s budget deal will also ensure that California is the first state in the nation to provide taxpayer-funded health insurance to all of its 3.3 million illegal aliens.

Offering taxpayer-funded health insurance to its entire illegal alien population, the largest in the nation, is expected to cost California’s taxpayers about $2.4 billion annually. The plan is scheduled to begin in 2024. 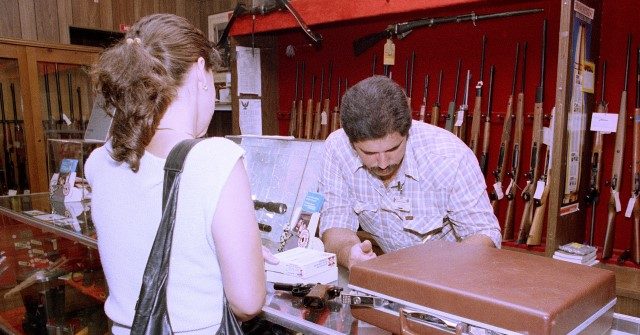 The Los Angeles Times reports that the leak was tied to the DOJ Firearms Dashboard.

This public site allows access to certain information, however, personal information of concealed carry weapon permit holders is not supposed to be visible. This includes, but is not limited to a person’s name, age, address, Criminal Identification Index number and license type (Standard, Judicial, Reserve and Custodial).

The Reload notes that they “reviewed a copy of the Los Angeles County database and found 244 judge permits listed in the database.”

The viewable information included “the home addresses, full names, and dates of birth for all of them.”

Fox News pointed out that the information on “3,424 firearms instructors” was inadvertently released in response to a Freedom of Information Act request. The information contained “dates of birth, driver’s license numbers and California identification numbers.”

On December 28, 2016 — over two months after that release of information was discovered — “the California Department of Justice sent out a letter to all of the Golden State’s instructors letting them know their personal information had been compromised.”

AWR Hawkins is an award-winning Second Amendment columnist for Breitbart News and the writer/curator of Down Range with AWR Hawkins, a weekly newsletter focused on all things Second Amendment, also for Breitbart News. He is the political analyst for Armed American Radio and a Turning Point USA Ambassador. Follow him on Instagram: @awr_hawkins. Reach him at [email protected]. You can sign up to get Down Range at breitbart.com/downrange.

‘Zackly. What could possibly go wrong? Moreover, it’s not like some of us haven’t predicted it from the very beginning. TikTok, the popular … END_OF_DOCUMENT_TOKEN_TO_BE_REPLACED

The New York Times reports that police are seeking a 22-year-old white man in connection with the July 4 Highland Park attack. The individual is … END_OF_DOCUMENT_TOKEN_TO_BE_REPLACED

We’ve seen a lot of the left losing their minds over the Supreme Court’s decision to overturn Roe v. Wade while Democratic lawmakers have done all … END_OF_DOCUMENT_TOKEN_TO_BE_REPLACED

It’s difficult to be impressed by anything the Biden-Harris Administration is up to these days, but … END_OF_DOCUMENT_TOKEN_TO_BE_REPLACED

There are 91 U.S. military veterans in the 117th Congress: 17 serve in the Senate, 74 serve in the … END_OF_DOCUMENT_TOKEN_TO_BE_REPLACED

Happy Independence Day, Americans! On today’s podcast, I talk about one of the greatest recent … END_OF_DOCUMENT_TOKEN_TO_BE_REPLACED

Progressives accuse conservatives of single-handedly killing American democracy. And unless you are … END_OF_DOCUMENT_TOKEN_TO_BE_REPLACED